Ok, so it’s been a while since I’ve blogged. I get that’s not ideal, but hear me out! My Twitch channel kind of took off and got crazy in the past few months. I have an average of 30 viewers most nights, so I’ve been putting a lot of time and energy into that effort and less into blogging. That said, I need to do the blog thing more often as I feel it would be a great extension to the stream, including tutorials!

So with that, let’s show off some eyecandy for some of the things I’ve made over the past couple of months: 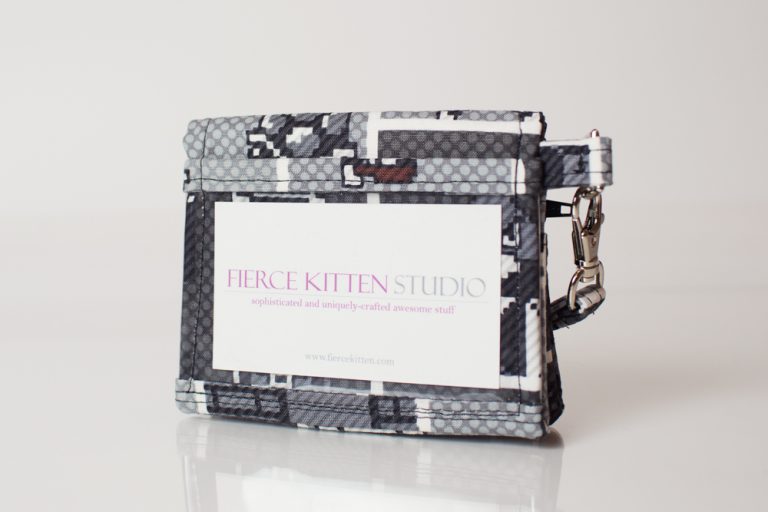 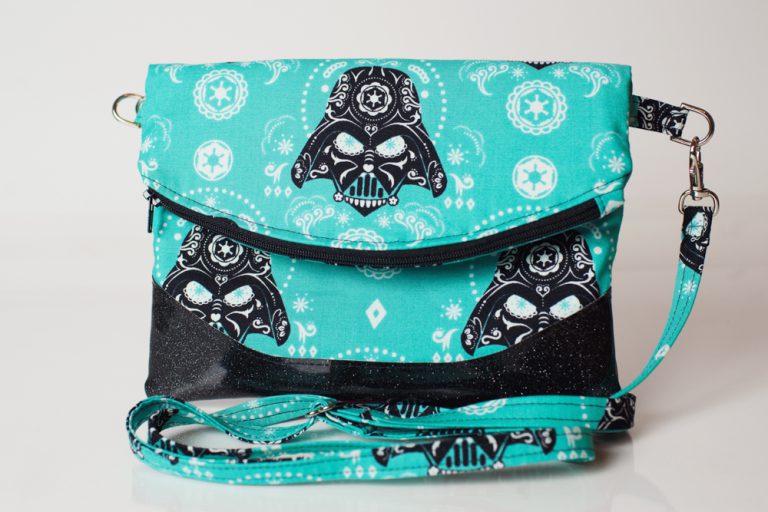 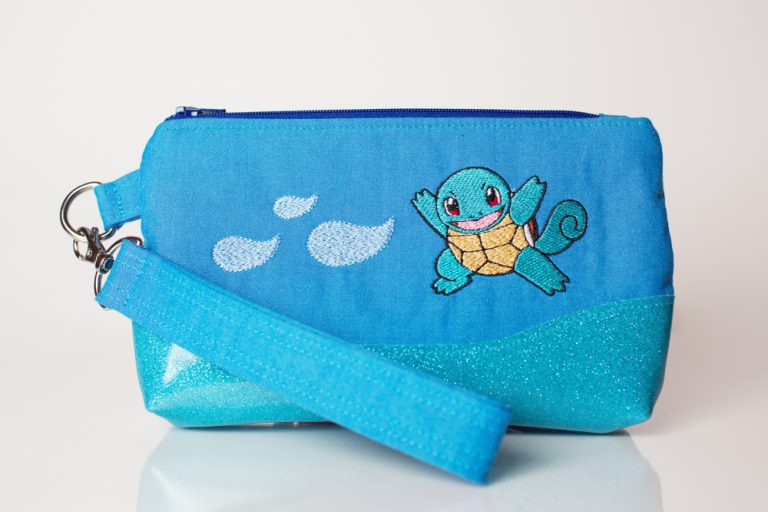 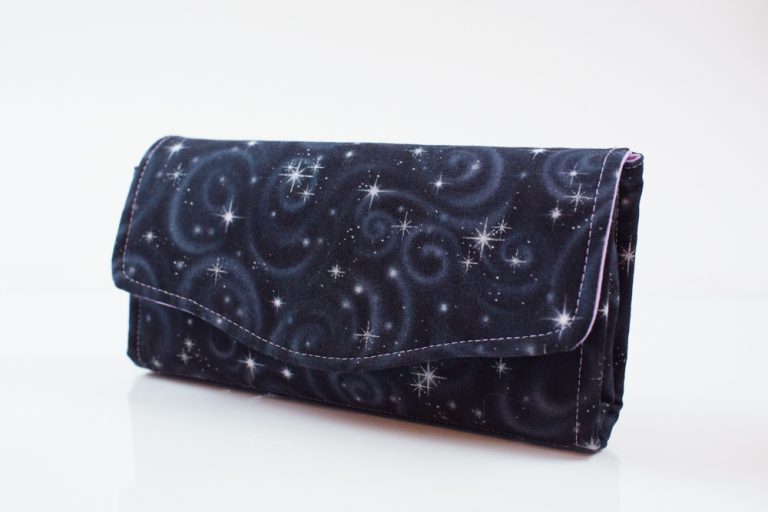 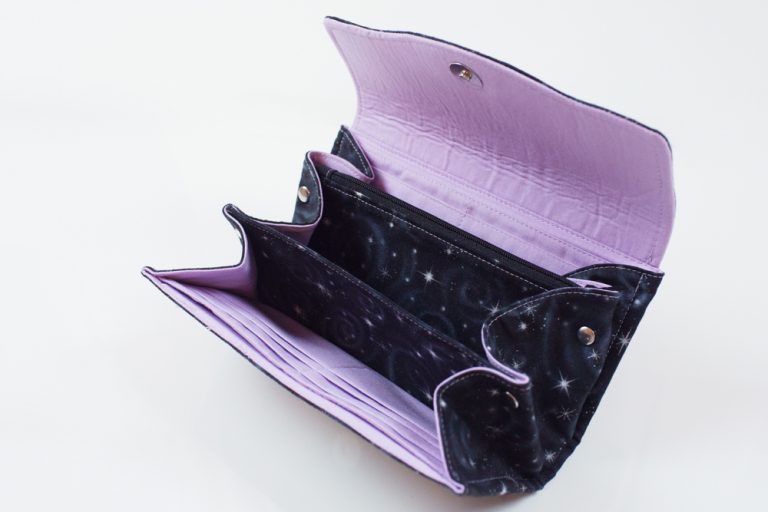 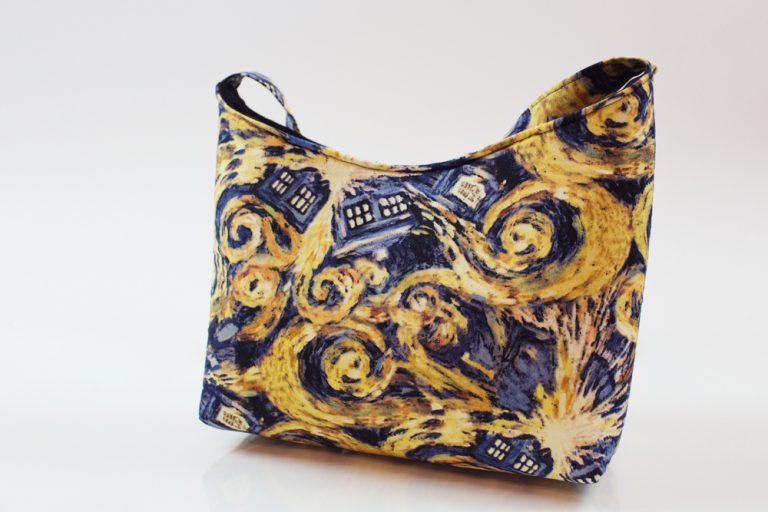 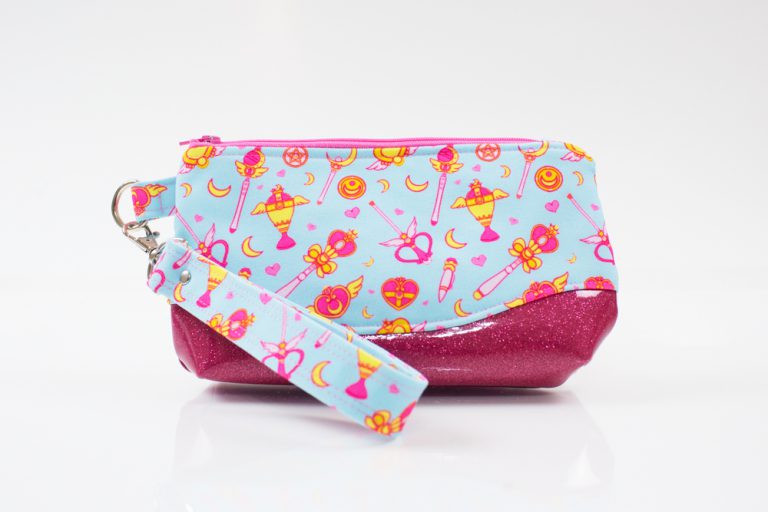 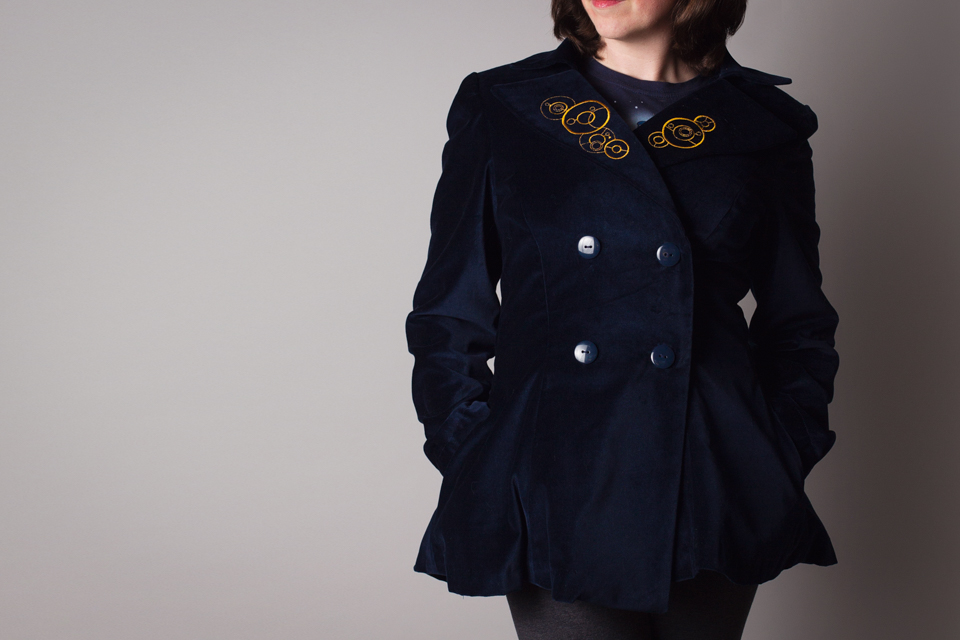 The coat I have is roughly 18 years old. I’ve had it since I graduated high school, which means it has lived a long and good life protecting me from the brutal Winters of Northern Virginia and the somewhat-not-so-cold Winters in Texas. It was time for a new coat. I saw these awesome coats by Hot Topic in November. I wanted them, but when I saw them in the store, they felt flimsy and not well-constructed. I decided to make my own with a Victorian flare to it. 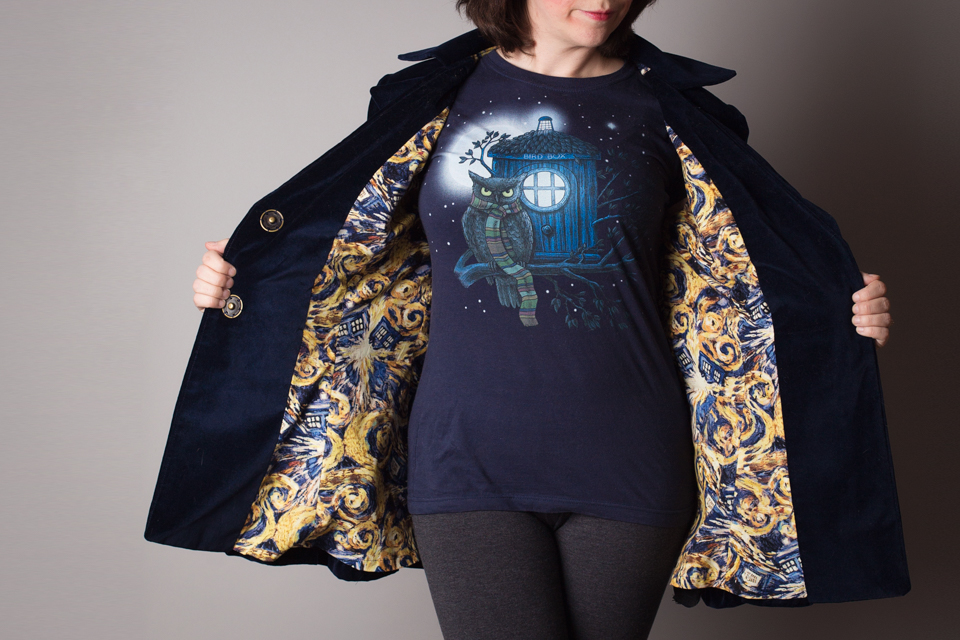 The perfect pattern for this project was Vogue 8346. It’s a fitted coat with a bit of a flare thanks to its circle hem design. Sizing was weird for me. I ended up making a muslin of the pattern per my measurements (36-27-38) which ended up being a Vogue 14. It was surprisingly accurate. Normally with the big-4 commercial patterns I drop down a size due to the copious amount of ease. This time, not so much. That’s ok though, I wanted a good fit, not an ego boost 😉

I streamed the whole construction of the coat from pattern tracing to finishing touches on Twitch (past recordings available here: http://www.twitch.tv/fiercekittenz). The instructions were VERY clear. I was able to put it together without doing much with the instructions. The only regret that I have was not serging the interior seams. I let them go since I thought the lining was stitched to the outer fabric. Not so. This pattern actually wants the lining to hang loose from the coat’s exterior. I had to tack the lining to the interior at the seams to ensure they weren’t exposed.

For the collar, I designed the embroidery patterns in Viking’s 6D software package. The right collar says “The Doctor” and the left says “Tardis.” The velveteen is still somewhat plush, so I made sure to use a water soluble stabilizer on the top to make the embroidery pop. 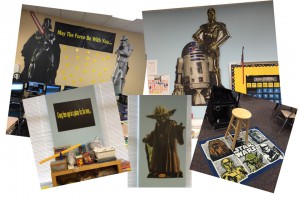 My mother teaches 3rd grade and decided that this year she would decorate her entire classroom with Star Wars items, which is pretty freaking awesome if you ask me. When I got back into sewing, she asked if I could make her a Sith robe to wear to school for December 18th, when The Force Awakens is released (officially anyway). This isn’t a request I take likely. I researched the best methods and techniques used by cosplayers and the 501st to make this robe. It was a huge undertaking, and the construction alone took about 6 hours to complete. This is partly due to my newb-ness at building a Sith/Jedi robe and also because I had to make my own pattern based on a post I found on the Rebel Legion website. It was very helpful toward getting me started, though many of the people posting were considerably taller than us, so some modifications were necessary (putting it lightly, they’re a freaking foot taller than us). 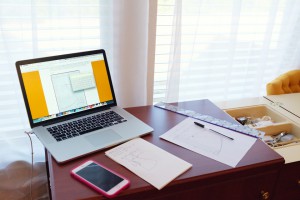 Since my mother is several states away, we had to use my measurements. My husband was gracious enough to drop Elite Dangerous for a hot second to help measure me. The robe is roomy enough to provide for a varying degree of sizes. I would say this classifies as a “small” or “Disney fairy actor material.” We measured my neck to arm (29″), then neck to feet (51″) to get started. Then I just followed the tutorial from poster EeanLedgor to get the basic shape. The idea is that the sleeve be on the fold and the rest gets cut outright. You need at least a 54″ nap, if not more.

Since most of these robes are meant to be made in wool, that was way out of the price range. We landed on a nice black linen/rayon blend by Kaufmann. I picked it up for $6.48 a yard from Fabric.com during their Black Friday sale. It will drape nicely, but the only issue is that the hood would flop and not have structure (as I noticed in the second attempt by another poster in that tutorial thread). I opted to line the hood with satin, then also apply a layer of interfacing. This gave structure to the hood so it would stand away from the face like you see in the films.

Sewing Tip: Make sure to use charcoal or black interfacing when using darker fabrics, because the interfacing can show through on looser weaves such as a linen! (Don’t ask how I know that, just take it as sage advice)

For pattern-making like this, I tend to use computer paper. I know… *gasp* right? I’m killing trees, but I’m saving my sanity at the same time. See, the thing about taping these pieces of paper together is that it will neatly fold right back up into a single sheet-sized pile. I can then put it into a folder and store it for later, then unfold as-needed without fussing with tissue creases. I also don’t buy into the $15 pattern weights that you can pick up at chain craft stores. Just get some cans of whatever you have sitting in your pantry and put it to good use.

It took me the longest time to cut out the fabric… probably an hour. This was because I was stupid and didn’t factor the hood size into the math for ordering the fabric. Thankfully, I was very precise and had enough to cover this one robe, which was 7 yards, mind you. Five hours after that, I’m sewing in the clothing label and calling it quits. It was a very fun project. I’d do it again, but not too soon after this one as it took an entire Sunday afternoon to complete. The saving grace of the whole thing was using my serger to do the heavy lifting. I sewed the hood with the sewing machine, but the rest was all good sweet serger lovin’.

Things I’d Change for Next Time:

Oh you probably want pictures though. Here you go: 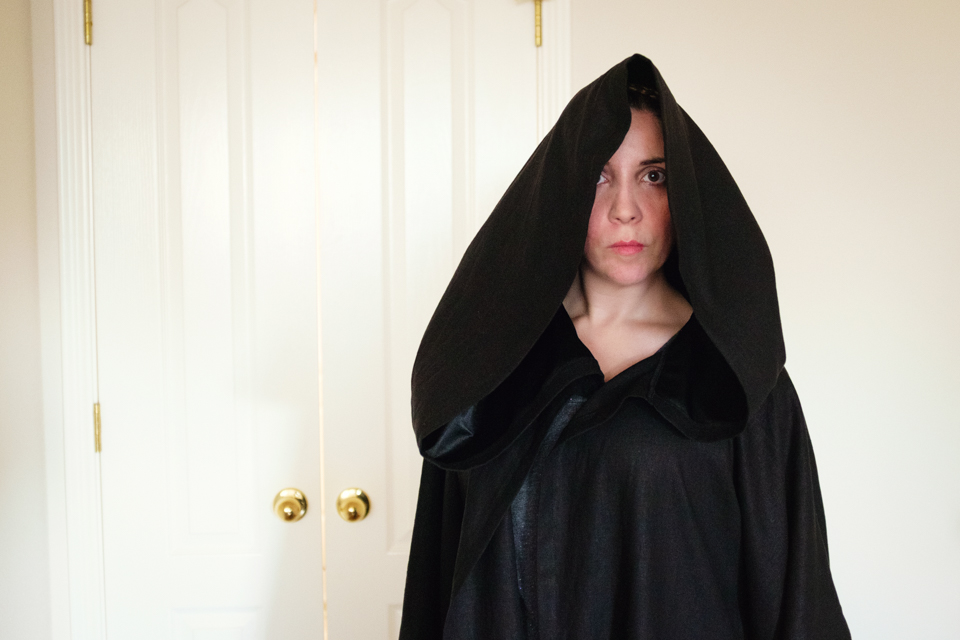 Fear me, for I have a wavy hand and half-assed makeup!

This is actually how the hood is meant to be worn.